Home About The Public’s P…

ABPANC’s by-laws ensure at least one member of our Board of Directors serves as a member of the public. The public member may not be a nurse or other healthcare professional; they may not be a current or past employee of a certifying organization; or an employee of a testing vendor.

ABPANC views specialty nursing certification as a means, first and foremost, of protecting the public. Our public members provide a vital and important voice, the voice of the general public, in board decision-making and strategy development.

We invite you to read the profiles of our current public members: 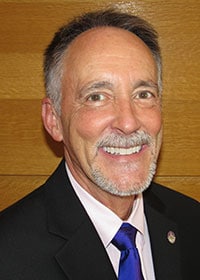 Stuart “Stu” Smith is a native of Indiana and a graduate from Purdue University with a BS in Leadership and Supervision. He also holds a certification in Travel Management from Saddleback College, and has a dual certification in Human Resources: SHRM – SCP and SPHR. His career encompasses employment with Delta Air Lines for 27 years, Princess Cruises for eight years, and for the last four years with his current employer – Youfit Health Clubs, where he is the Executive Director, Team Department. Stu has a spouse of almost 34 years and two rescued dachshunds. He is completing his sixth year on the ABPANC Board of Directors where he serves as one of two Public Members and as the Secretary/Treasurer. 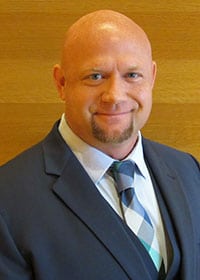 Robert grew up in Asheville, North Carolina and holds a Bachelor of Arts degree in Psychology from the University of North Carolina at Asheville. While at UNCA, Robert was an All-Big South Conference selection in baseball and went on to coach collegiately for four years. His final coaching assignment took him to Johnson City Tennessee where he met his wife of now 9 years. They have two girls, Kathryn (7) and Addison (3).

After transitioning out of college coaching, Robert went on to complete two Masters of Science degrees along with 25 Doctoral hours in Sports Management, and started two companies: a full- scale health club and a corporate health company. In 2013, Robert was recognized as one of the Top 40 Business Leaders Under 40 years of age in 2013.

Over the next four years Robert worked as a Senior Regional Manager and Senior Director of Leadership Development for Youfit Health clubs. He is now the Vice President for Sales and Operations for Crunch Fitness in Detroit Michigan.